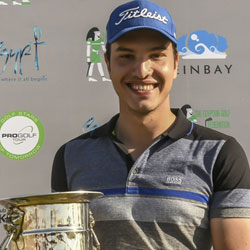 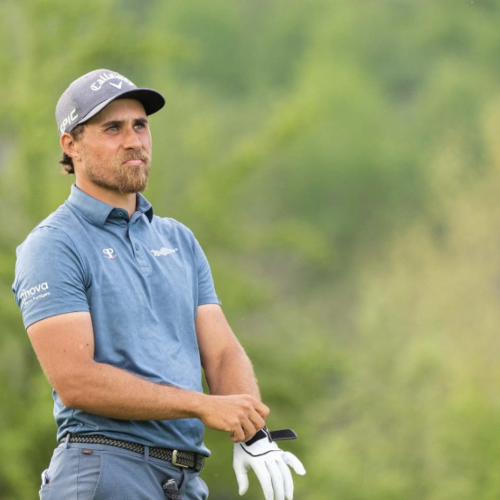 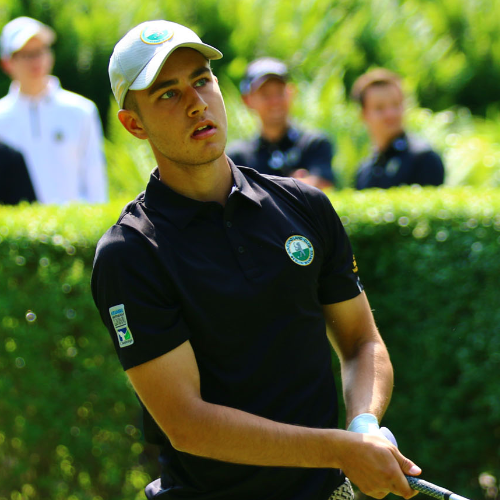 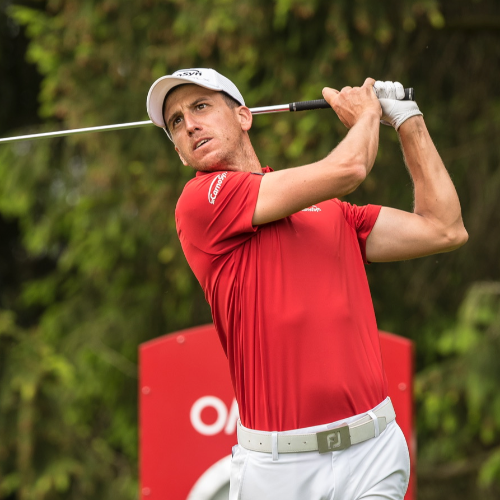 Frenchman Edouard Dubois secured the title of Open Royal Golf Anfa Mohammedia 2019 with an absolutely outstanding final round. The man from Bordeaux beat the challenging par-70 course in Mohammedia, Morocco with a strong round of 66 despite some violent storms; as a result he scored a total of 5 under par (69, 70, 66), winning in impressive style. Finally the 29-year-old was two points ahead of the Swiss Benjamin Rusch (69, 67, 71) after 54 holes. 3rd position was shared by Max Albertus from the Netherlands and Darren Walkley from England who both scored 2 under par in total.

Mohammedia/Morocco – For a long time it looked as if the Dutchman Max Albertus, local hero Ayoub Lguirati and Swiss Benjamin Rusch would be deciding the Open Royal Golf Anfa Mohammedia 2019 title among themselves. Max Albertus had led after 18 holes, Ayoub Lguirati after 36, and Benjamin Rusch pushed himself to the top of the field by the halfway point of the final round; just one stroke separated the top trio. But because the Royal Golf Anfa Mohammedia's course is one of the most challenging Morocco has to offer in terms of championship golf, especially when the wind is noticeably blowing up like on the final day, and because the Frenchman Edouard Dubois is able to draw on a brilliant series of golf strokes on that day, things turn out differently.

Starting from 8th place, Dubois is level par after nine holes and has already caught up with the top riders. He then plays “very very good golf, especially on the last two holes", as he later analyses himself. With birdies on the 10th, 14th, 17th and 18th hole, he scores 5 under par for the tournament and ends up waiting in the clubhouse as the leader. From there he can watch his rivals gradually falling behind one after the other: Rusch takes bogeys at the 16th and 17th, Albertus a double bogey at the 16th, Ayoub Lguirati even has to record a bogey at all his three final holes.

"The beautiful course’s fairways in Mohammedia are very narrow in parts. A precise drive is the absolute prerequisite to play well here," says Dubois. "I actually did a good job all week and I'm very happy with today in particular. It's my first tournament win in eight years – it feels just great and motivates me immensely for the coming weeks and months." Edouard Dubois had celebrated two victories on the European Challenge Tour in the 2011 season but has not been allowed to lift a trophy since then. He will also start on the Challenge Tour from April this year, now inspired by his victory on the Pro Golf Tour. The next stop of the Pro Golf Tour will be the Open Ocean 2019, which is being held in Agadir from 28 to 30 March.