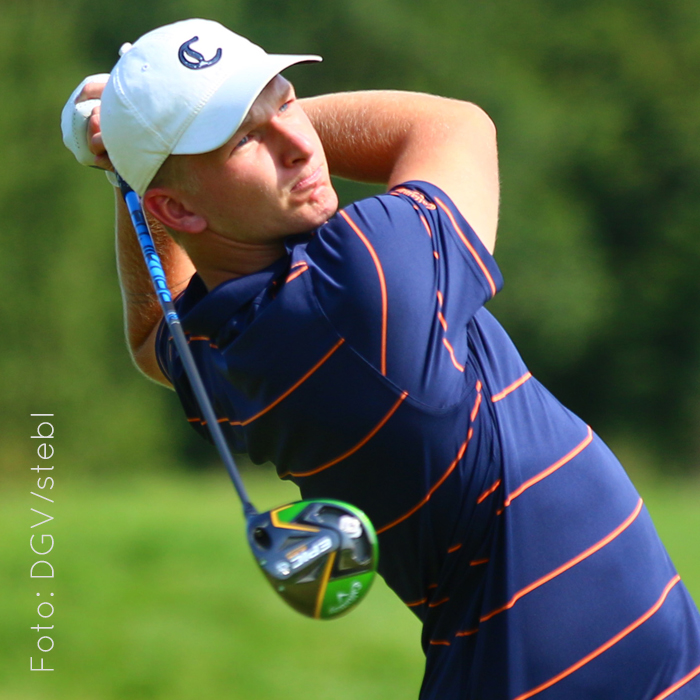 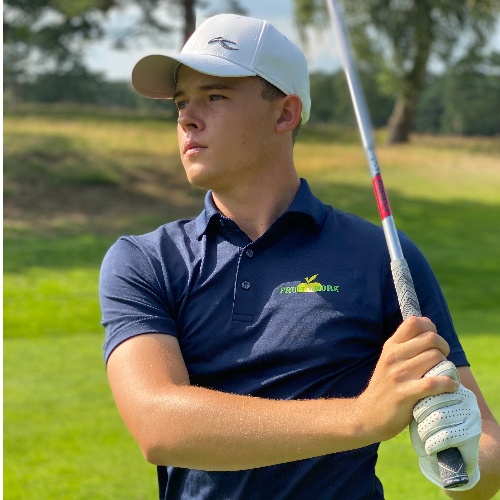 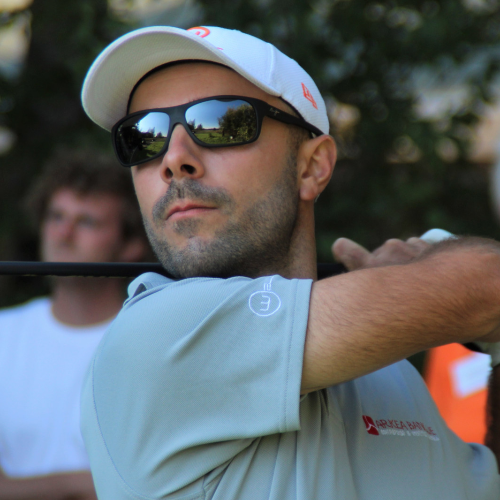 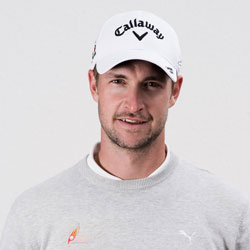 The Germans Thomas Rosenmüller and Philipp Mejow (right) won the trophies at the season finale of the Pro Golf Tour 2020 in Adendorf.

Germany secures both trophies in Adendorf

German double success in the Pro Golf Tour season final. While Philipp Mejow from Berlin confidently won the Castanea Resort Championship with 16 under par, Thomas Rosenmüller defended his first place in the ranking with a strong final round in Adendorf and won the Pro Golf Tour Order of Merit 2020. In addition to the Munich native, Frenchman Julien Brun and Swiss Jeremy Freiburghaus will be moving up to the European Challenge Tour 2021 as No. 2 and 3 in the Order of Merit.

Adendorf/Germany – “It was my goal to win the Order of Merit this year. Having already managed promotion to the Challenge Tour with three victories this season, I was able to play without any pressure. I am very happy that it was enough for the overall victory, but it was a bit tighter than I had hoped. In any case, it feels very good to go on the Challenge Tour as the first in the Order of Merit.” Thomas Rosenmüller was relieved to be able to lift the big Order of Merit trophy up to the sky above Adendorf as the overall winner after 13 tournaments this season. After rounds of 67, 70 and another 67 strokes, the Munich local’s third place was shared by 12 under par and four colleagues, adding another 2227.68 points to his ranking and thus fending off the final attack by Frenchman Julien Brun.

Together with Philipp Mejow, Brun had started the final round of the Castanea Resort Championship as the leader, and if he won, he had a good chance of winning the 2020 overall trophy as well. In the end, Brun needed 67, 66 and 70 strokes, a total of 13 under par and made 2nd place in Adendorf and 2nd place in the Order of Merit. “I tried absolutely everything to win both titles here and with it the third victory of the season and instant promotion to the Challenge Tour. But Philipp was too strong today, and in the end I am very happy that I can now tee up on the Challenge Tour next year,” said Brun.

Having recently changed his training focus and both his putter and caddie, Philipp Mejow presented himself in Adendorf stronger than he has been in years. With precise long play and brilliant irons he opened up birdie chances again and again; in round 2 he used eight of them, making not a single mistake. In the final round too, he had “a very good feeling right from the start.” Which increased when he successfully putted for an eagle from five metres at hole 6.

In the end, the tour player from Berlin won with 16 under par (69, 64, 67) and three strokes ahead of Julien Brun, collected €7,800 in prize money and the same amount of ranking points. “It's a great feeling to win a tournament again,” says Mejow, who last celebrated two victories on the Pro Golf Tour in 2015 and was also promoted to the 2016 Challenge Tour back then as the number 1 in the Order of Merit. “I persisted with my aggressive strategy, and that completely paid off on this magnificent golf course with its excellent greens,” said the tournament winner.

Five Birdies on the Back Nine

Jeremy Freiburghaus has made the leap to the next league alongside Thomas Rosenmüller and Julien Brun. With an excellent final round of 66 the Swiss man fended off the attack by the Frenchman Jean Bekirian in Adendorf, shared 3rd place and will also start on the Challenge Tour next year as number 3 in the 2020 Pro Golf Tour Order of Merit. “I knew that I had to hit low today,” said Freiburghaus, whose putter was really on fire when he played five birdies on his way back to the clubhouse.