Mateusz Gradecki is the 2018 Matchplay Champion

Pole Mateusz Gradecki is the shining winner of the first matchplay tournament in the history of the Pro Golf Tour. After the 24-year-old had already dominated the competition of the NEW GOLF CLUB Matchplay Championship 2018 in the 36-hole qualifier, the professional from Wrocław also showed his class in the following five man-against-man duels and finally triumphed at the NEW GOLF CLUB Neu-Ulm. In the semifinals he cleared the Czech Ondřej Lieser with 3 & 2, in the final he sat down on the 9th hole against the Frenchman Baptiste Achard. Third place went to Lieser, who defeated German local hero Maximilian Walz on the second extra hole in the small final.

Neu-Ulm/Germany – Strokepplay or matchplay - this was not important for Mateusz Gradecki this week: At the NEW GOLF CLUB Matchplay Championship 2018 at the NEW GOLF Club Neu-Ulm he impressively demonstrated that he masters both types of games excellently. Having already taken the lead after the two strokeplay rounds with a total of 14 under par and four strokes ahead, the tour rookie, who had turned professional in January 2018, also won all of his five matchplay games and picked up confidently his first victory on the Pro Golf Tour. In addition to 5400 euros prize money he received as many points for the Pro Golf Tour Order of Merit, which after 19 of 20 tournaments pushes him on position 4 of the overall ranking. After the season finale in Adendorf (September 24th - 26th) the Top 5 will get the right to start the European Challenge Tour 2019.

"I had a very good feeling when I drove here to Neu-Ulm," Mateusz Gradecki told. "My good rounds on the first two days also gave me a lot of self-confidence for the matchplays." After 36 holes of qualifying with 63 and 67 strokes he was four points ahead of the pursuers and had until then only one hole, No. 9, which he had not birdied. In the first three rounds of direct comparisons, he then successively switched off the Germans Daniel Wünsche, Jonas Kölbing and Martin Keskari. On the other side of the tableau, the surprisingly strong Frenchman Baptiste Achard sent the Scot Chris Robb and then two other Germans, the amateur Michael Hirmer and professional Dominic Zrenner from Munich, as losers to the clubhouse.

In the semifinals, Achard met local hero Maximilian Walz, who presented himself in excellent form in Neu-Ulm. In the quarter-finals, Walz had thrown out one of the absolute top favorites the French Mathieu Decottignies Lafon (2 & 1). And even in the semi-final against Achard Walz almost felt as a winner on the 9th Green: On the 8th Walz went 1UP , and on hole 9, a 171 meter par 3, his ball lay for birdie whilst the French's had landed in the semirough. But while his counterpart chipped in from 15 meters Walz missed his putt and lost a little later at the second extra hole. With that, Achard met Mateusz Gradecki in the final, who had sent the Czech Ondrej Lieser into the small final with wins on holes 5, 6 and 7.

Finally, Mateusz Gradecki won the last match on the 9th green when he finally managed a birdie also this hole and went 1 UP. "Every match was a tough job. But I concentrated very well in each game, hit my drives and did well putt," said the winner. "I really liked the course - it's an ideal venue for matchplay!"

All players were quite happy to play a matchplay format for the first time on the Pro Golf Tour. "It's just a lot of fun, and the Challenge Tour and the European Tour have it as well - so we should keep it on the Pro Golf Tour as well," says Frenchman Julien de Poyen. Ondřej Lieser was particularly impressed by the 9-hole mode, "From the very beginning every shot counts: I would never lay up here on the par 5s or on the short par 4s!"

The  Grand Final in Adendorf

19 out of 20 tournaments of the 2018 season have been played now and only the grand finale in the Adendorf Golfresort separates the five best players of the year from the promotion to the European Challenge Tour 2019. The Castanea Resort Championship (24-26. September) is endowed with 50,000 euros prize money, and quite as many ranking points can be won. Accordingly many players still have the chance to solve the ticket for the next higher league. 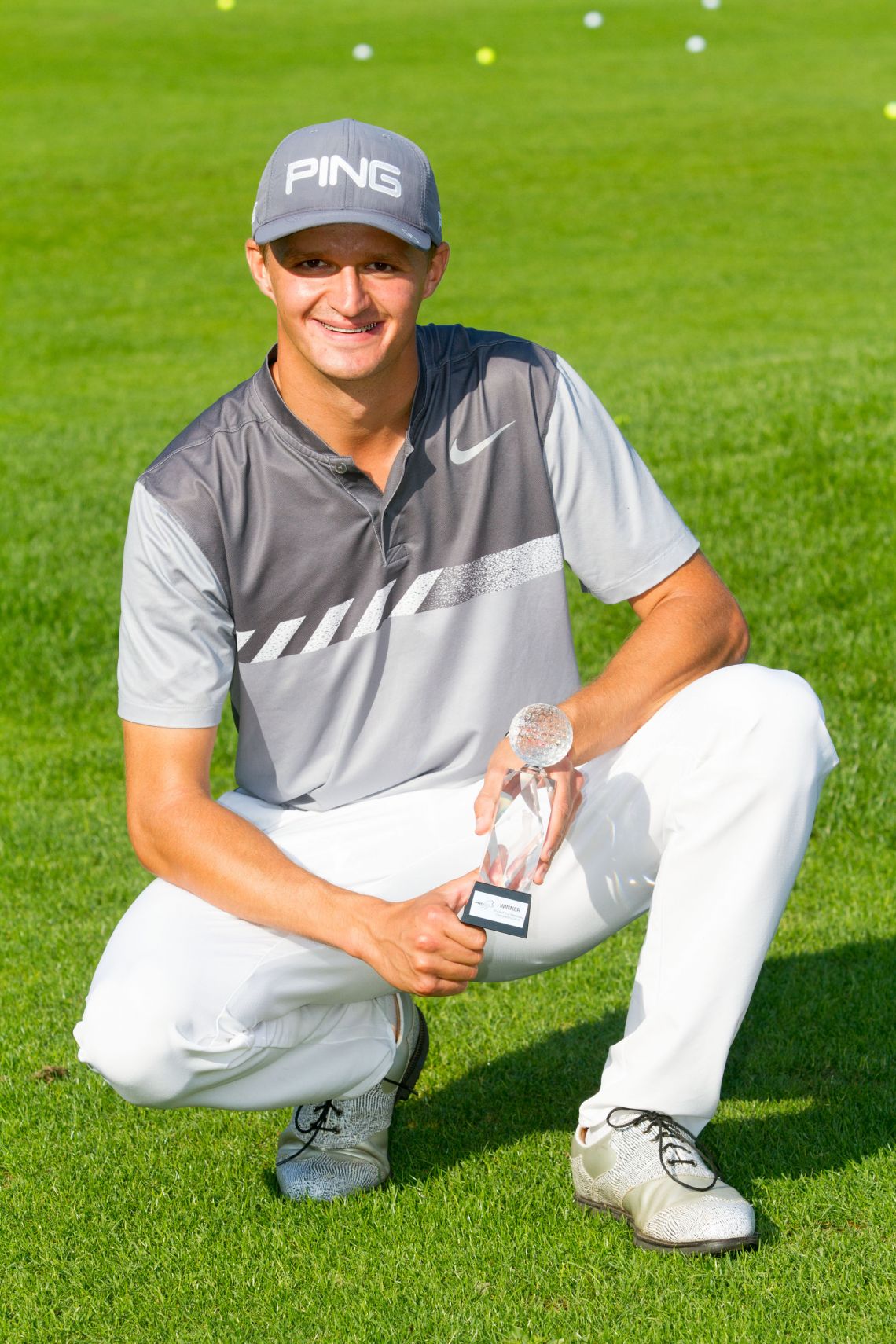 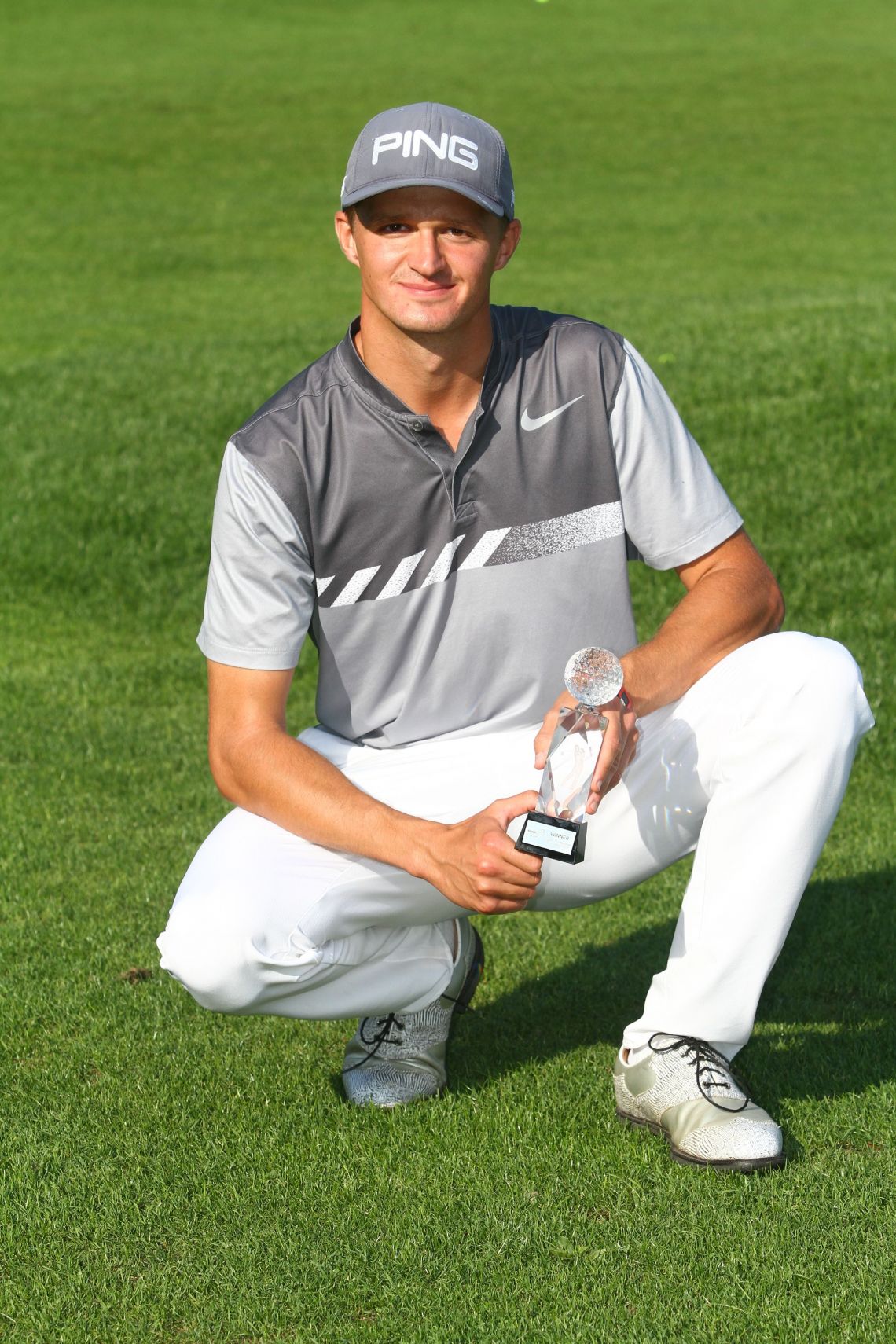 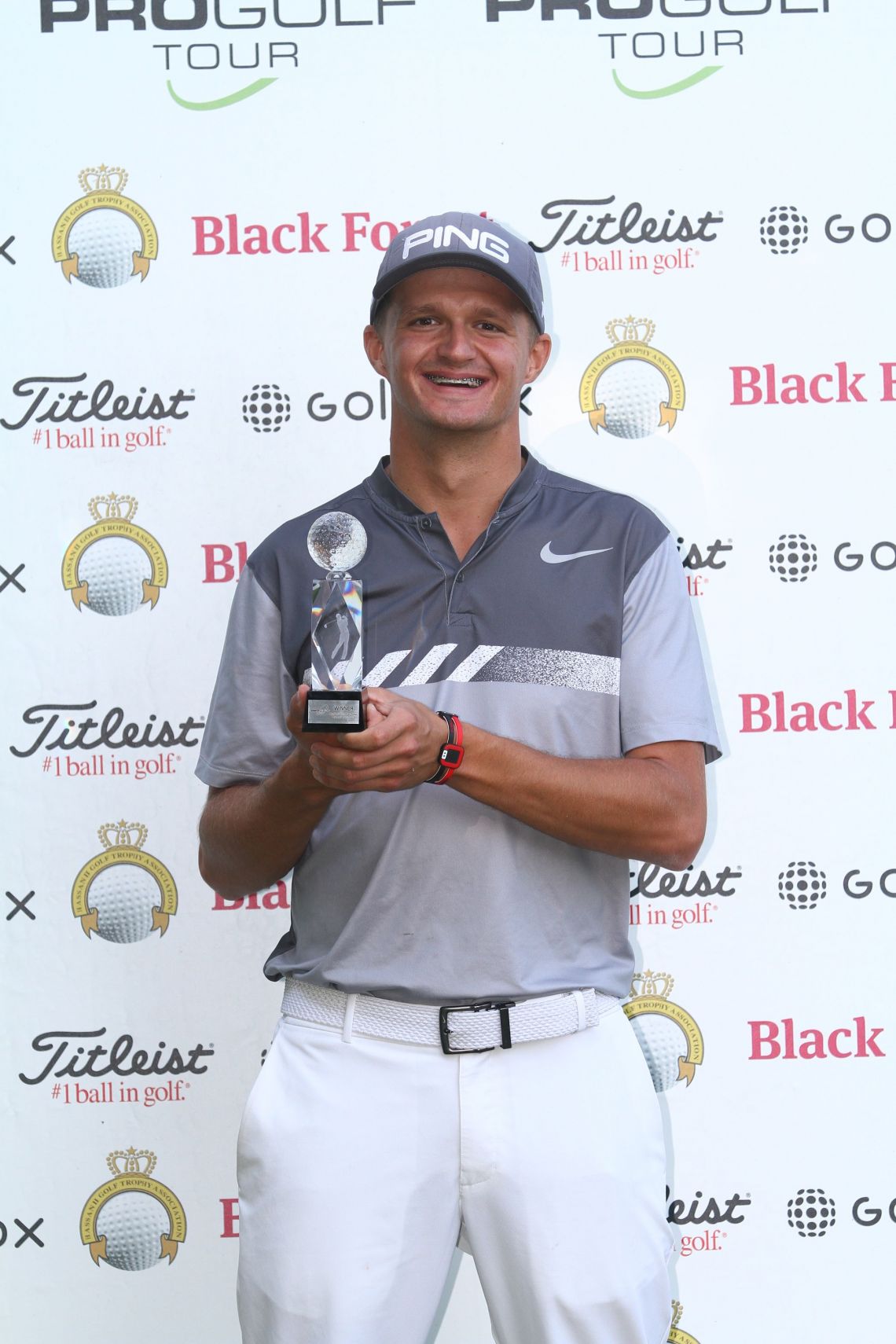 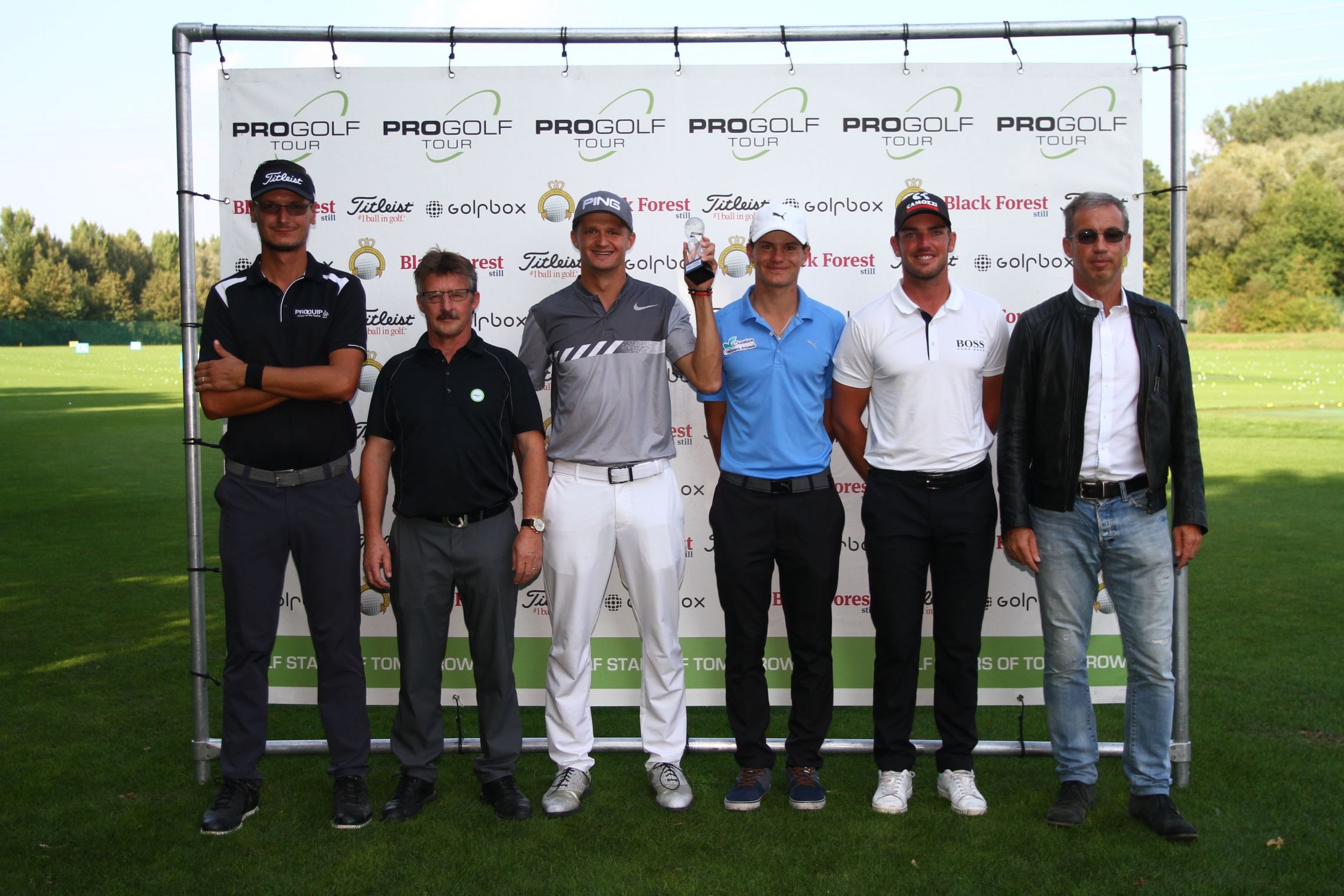 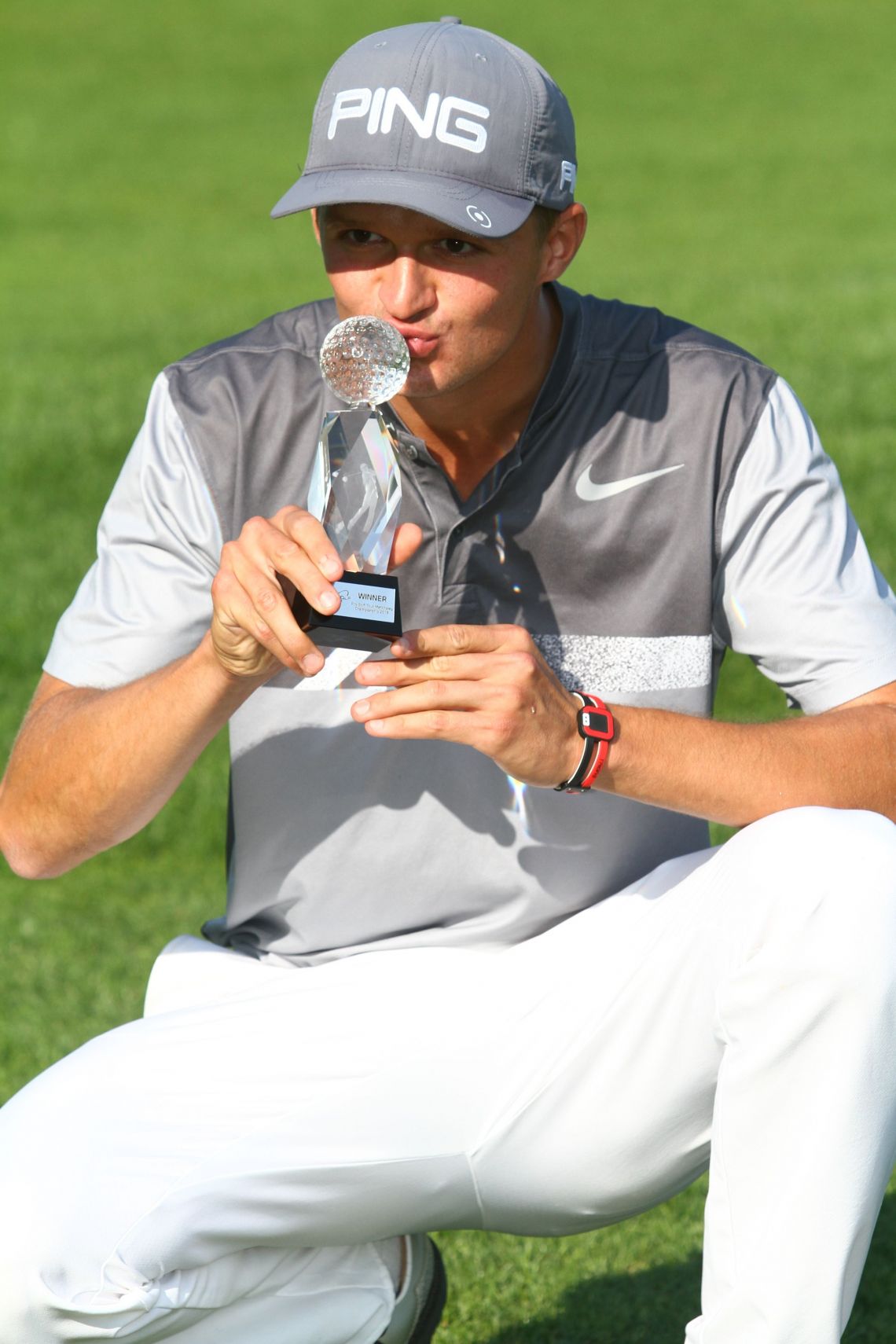