The new season starts with tournaments in Egypt and Morocco

It offers the perfect introduction to a career as a tour player: The Pro Golf Tour, founded in 1997, is entering its 23rd season next year. To kick off the 2019 tournament series, players willtravel to the Red Sea in Egypt for two events in January; In February, March and April, a total of eight tournaments are on the agenda in Morocco.

Munich - "One of the reasons for the great success of our tour is the fact that we can guarantee excellent playing conditions to our members at the beginning of the year in North Africa," said Rainer Goldrian, Pro Golf Tour CEO. Traditionally, the new season of the Pro Golf Tour begins in Egypt, where players compete in the Red Sea Egyptian Classic (15 to 17 January) and the Red Sea Ain Sokhna Classic (21 to 23 January) to win 30,000 Euros prize money and as many points in the Pro Golf Tour Order of Merit. Last year, two Germans, Michael Hirmer and Jeremy Paul, took the win the equally demanding and well-maintained courses at the Sokhna Golf Club in Ain Sokhna.

Three tournament blocks Morocco will then be part 2 of the Pro Golf Tour 2019 season-start. Between February 3 and 15, the Open Prestigia, the Open Casa Green Golf and the Open Palmeraie Country Club will take place in Casablanca. Rounds 1 and 2 are played out in two different places, which allows up to 180 players to participate in each tournament. "In this way, despite the few hours of daylight, we have to reject as few as possible," says Goldrian. Open Madaef and Open Royal Golf Anfa Mohammedia form the middle block of the Morocco events at the beginning of March, followed by the Open Ocean (March 28th to 30th), Open Tazegzout (April 3rd to 4th) and the Open Mogador Matchplay at the end of March and beginning of April in Essaouira (9 to 12 April) complete the Morocco series 2019. With the four-day match play, in which, after two rounds, the best 32 players determine the champion in Matchplay K.O. mode, the Pro Golf Tour and Morocco celebrate their now ten-year partnership. It is therefore equipped with the increased price money of 40,000 euros. Rainer Goldrian: "We are offering our members a real highlight that will close the first part of the 2019 season." 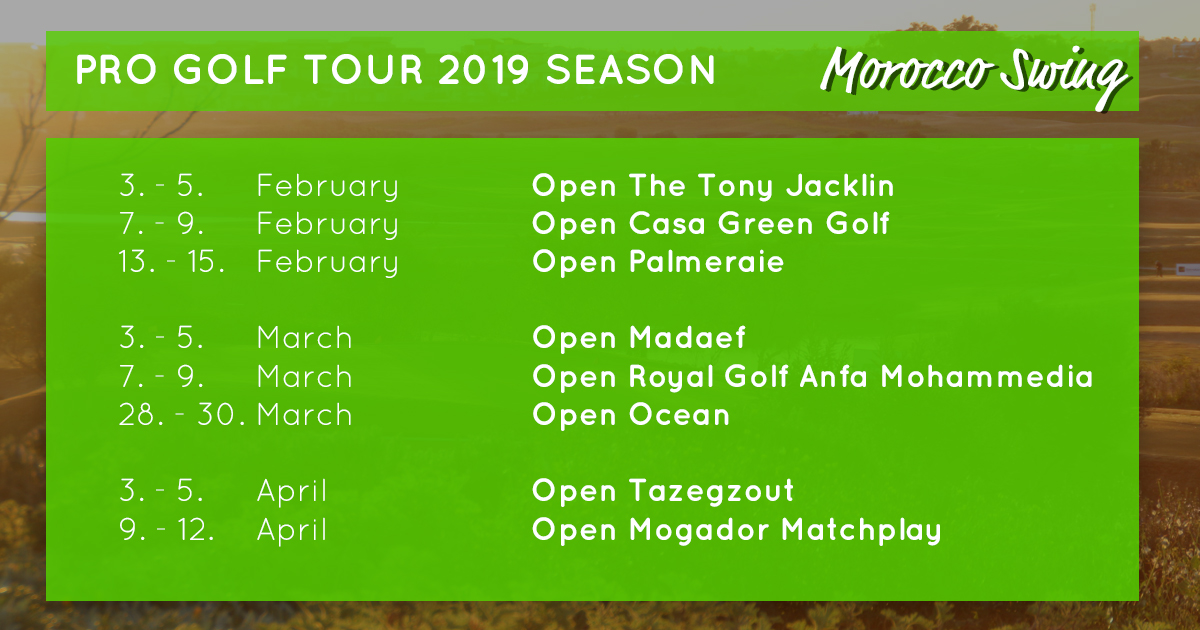