It was last autumn, while still playing as an amateur, that he had secured his victory at the Qualifying School for the Pro Golf Tour 2019. Now, Finnish player Sami Välimäki has confirmed that his switch to professional golf was well-prepared: The tour rookie secured the Open Casa Green Golf 2019 title in Casablanca, Morocco, with a score of 14 under par. Having played rounds of 68, 66 and 67 strokes, it was a convincing victory. At 12 under par, second place went to the German David Heinzinger, who played a strong final round of 65.

Casablanca/Morocco – “I still can’t believe it! It’s simply fantastic that I was able to win a tournament so quickly. It feels simply incredible!” Sami Välimäki was clearly on cloud nine after wrapping up his first victory on the Pro Golf Tour. “I was hitting the ball so well throughout the entire week that I was in very little danger of any bogeys. That was undoubtedly the key to success.” Indeed, across three rounds, the 20-year-old was only thwarted by a single bogey. This was during the first day of the tournament on hole 13 of the Palmeraie course, where he needed six strokes instead of five. Apart from this, the player from the Finnish town of Nokia exclusively recorded pars or birdies on his scorecards. He did this despite the fact that he had barely trained in the past months and despite the fact that last week’s tournament in Morocco was his first event of the 2019 season: “I did my military service in winter, which means I’ve barely been able to train or play at all recently.”

As had been the case in the previous week, the Pro Golf Tour also started its fourth tournament of the season on two courses, giving 180 golfers the opportunity to collect both playing experience and Order of Merit points. However, patience was required on the Casa Green Golf and Palmeraie Country Club courses in Casablanca as thick morning fog ensured starting delays which, in part, lasted for hours. Subsequently, on the third day of the tournament, the final round had to be cut short after nine holes due to the onset of darkness. Play was then continued on the following day. Jan Cafourek from the Czech Republic and Adrian Meronk from Poland also vied for the title alongside Välimäki and Heinzinger. It was Meronk who, during the third round, achieved the best round of the entire tournament with 64 strokes. In the end, Cafourek and Meronk shared third place with 11 under par. Fifth place was won by Allen John, another German. He entered the clubhouse with 10 under par. 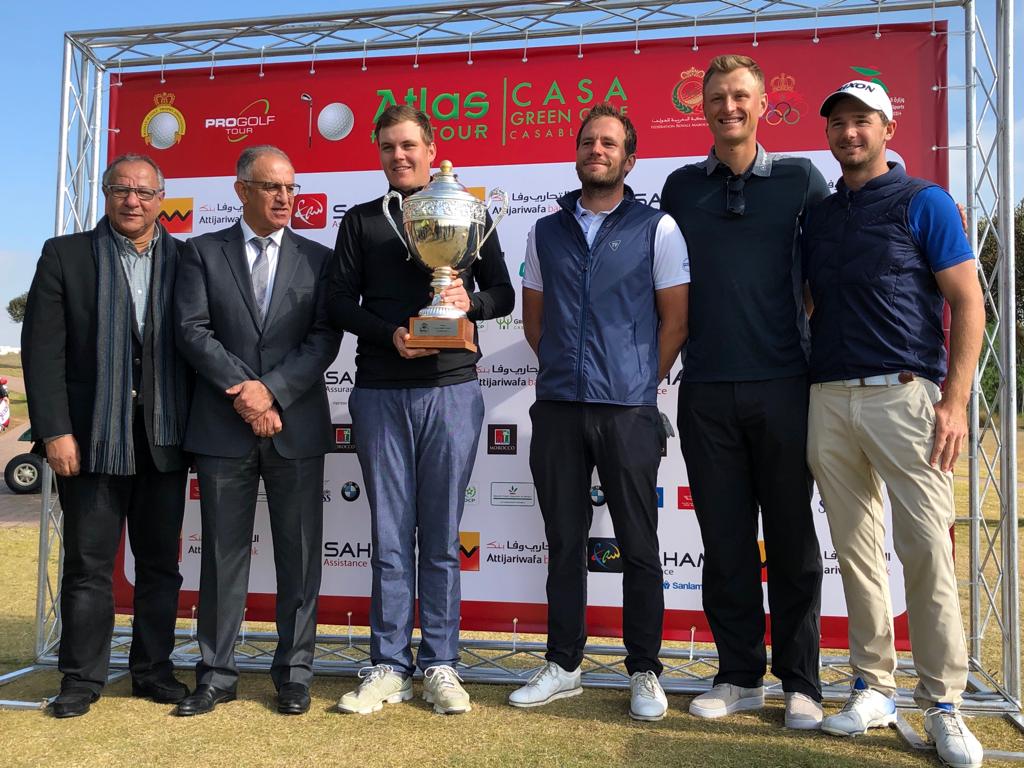 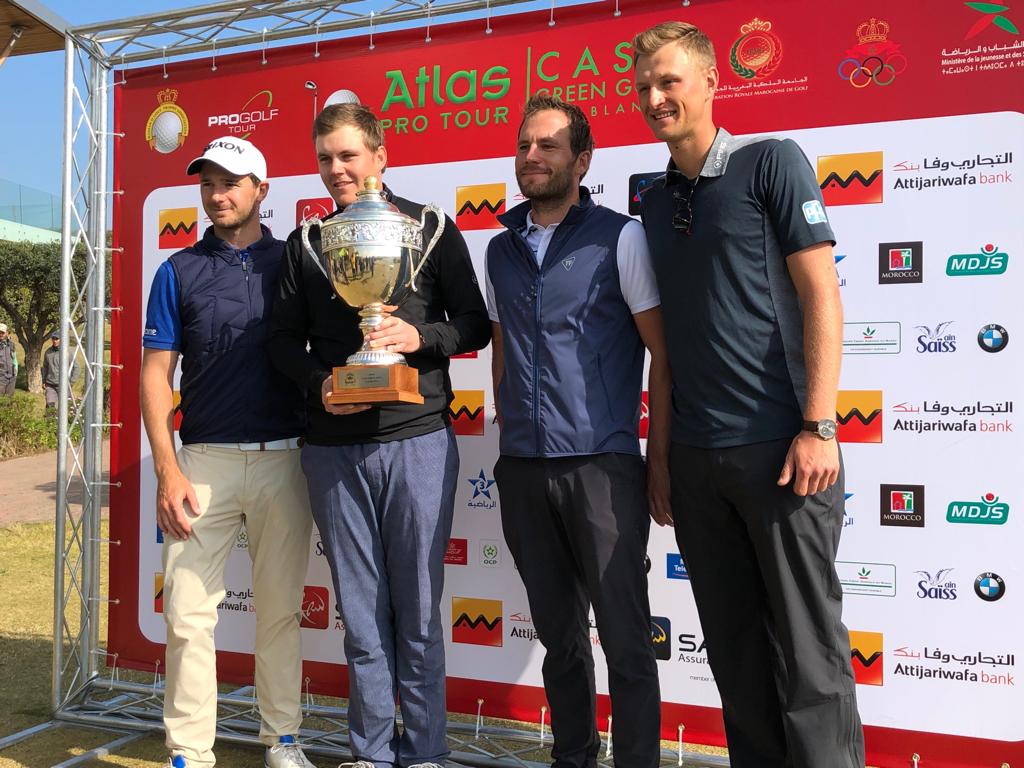 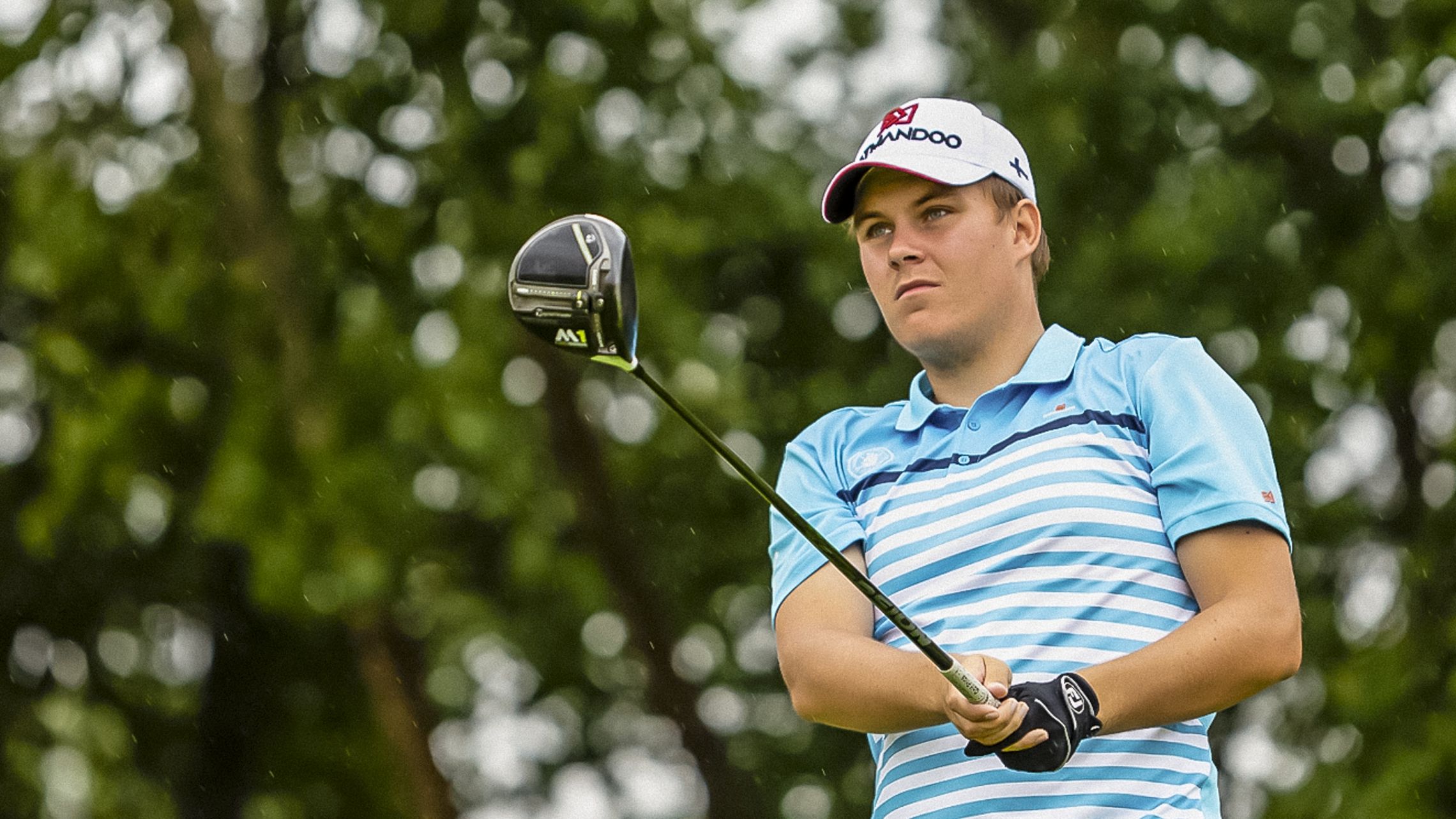 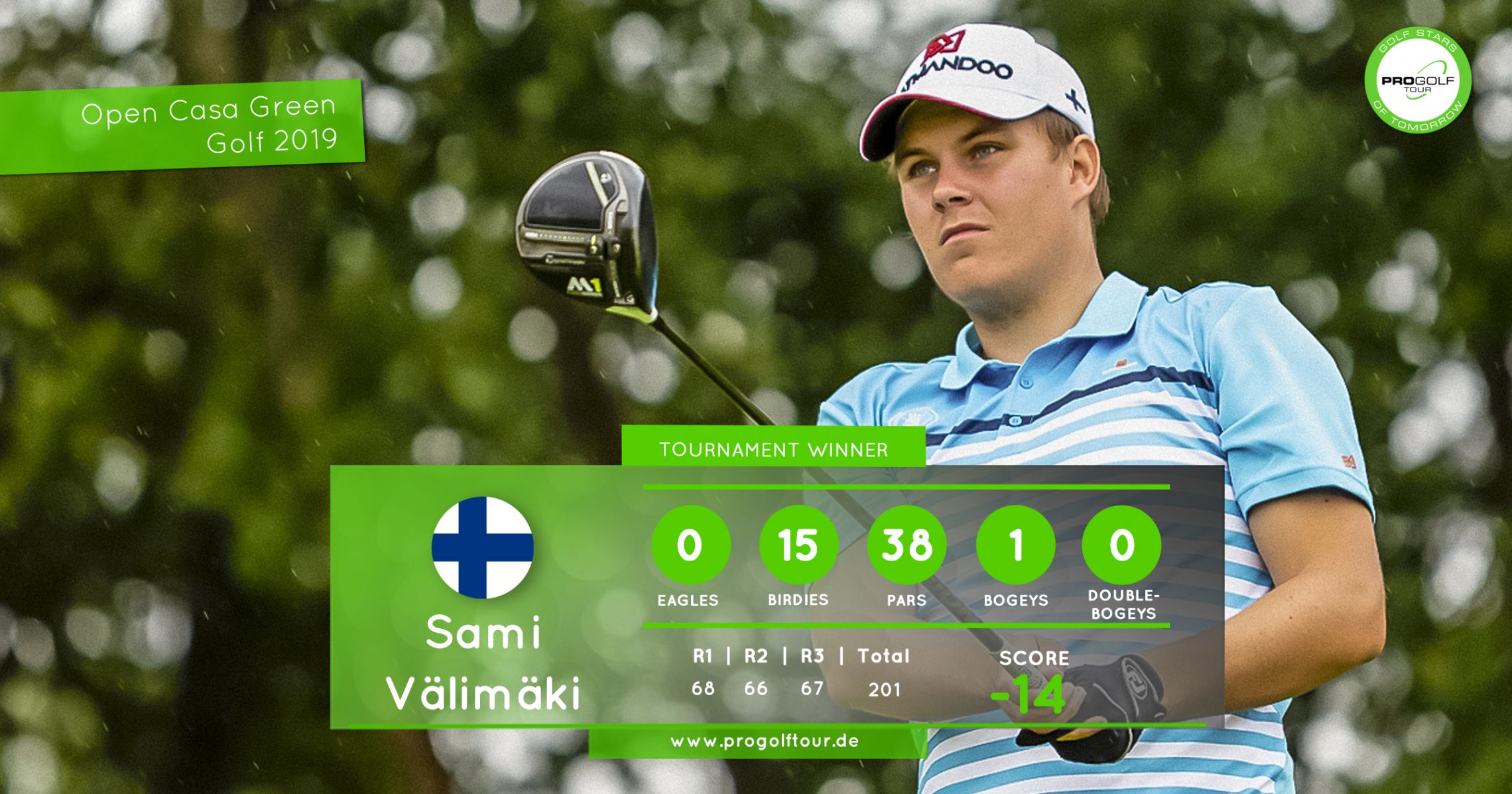 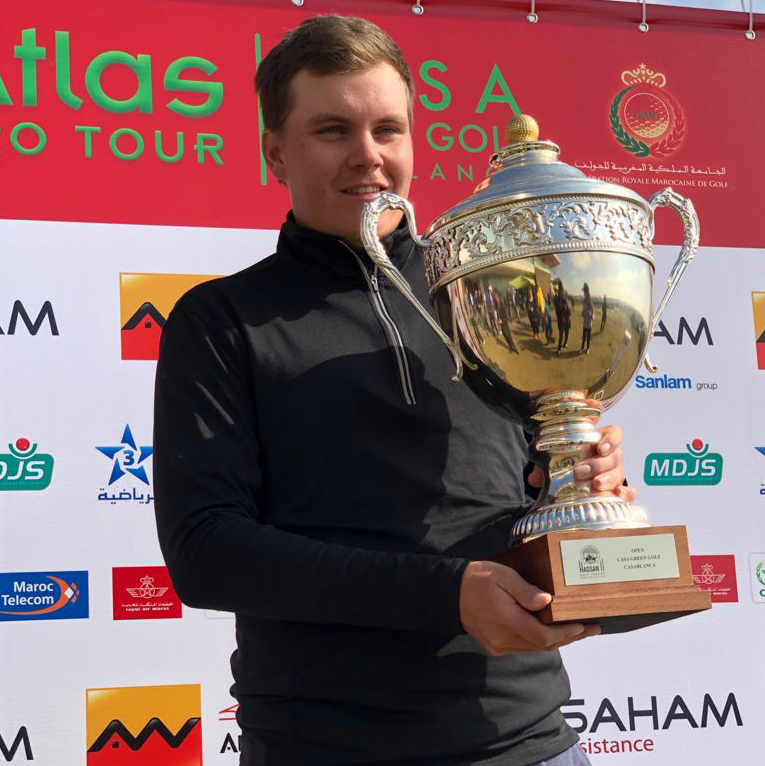